Impaction is a condition that affects reptiles. It is a common problem in Tegus, although it can occur in most reptiles. It is when a foreign object that it cannot digest becomes blocked in the digestive tract. It can, if not treated, be fatal.

Impaction is caused by swallowing objects that the animal cannot digest, such as substrate plastic plants and unsuitable food items. Most commonly they are swallowed by accident, when the tegu attacks prey. Mostly mulch, small rocks and parts of decor are to blame as they aren't something you'd think your lizard would eat, even accidentally! Giving the wrong type of food at the wrong stages is also a threat.

The first line of defense against impaction is prevention. Don't use fine mulches with young tegu; instead use chunky wood based substrate, organic top soil and sand mix, or peat moss mix. Avoid  sand with young tegus too; as they will ingest it to.

Be careful with your decor, especially with young lizards. Quite often the young tegu will mistake the authentic looking leaves for real vegetation! Although most reptile decor is durable enough to withstand this attack, aquarium decor or old decor may not. Checking that there are no bits coming off of plastic plants is a good routine to get into, better still avoid plastic plants all together until your tegu is bigger.


Another way of preventing impaction is to make sure your temps are correct, a higher surface basking temp of 120 to 135 will help with digestive and impaction happening in the near future.

How do I know if my pet is impacted?

Usually refusal to eat is the first sign. However this shouldn't be taken as a symptom alone, many tegus go off food for periods of time and sometimes it may be down to the wrong environment.  So the next symptom is to see if your pet has been passing regularly. If not at all or infrequently you should check the abdomen, which may be swollen, distended, black or blue colored or puffy. You may also notice if your Tegu is rolling and laying on there sides.  Your pet may also strain and wiggle when trying to pass stool with little or non coming out this is also a positive sign of impaction, they may also seem sluggish, hiding up and refusing to drink.

I think my pet may be impacted, what do I do now?

Firstly, don't keep feeding, as the tegu  is unlikely to take food. If he or she feels better they might but that doesn't mean the impaction is cleared and therefore may add to the problem. Secondly you will need to bathe your pet. Take a shallow dish, separate container (or if your tegu is large, even a bath!) and fill it just enough to rest the reptile comfortably in. The water needs to room temperature. Allow it to soak for 30 minutes. You may also rub his belly in hopes to help break up the impaction, You may also give him bits of mineral oil this should encourage the tegu to pass waste and the impaction along with it. You can do this twice a day, but if in a couple of days nothing has happened it may be best to seek a vet ASAP. 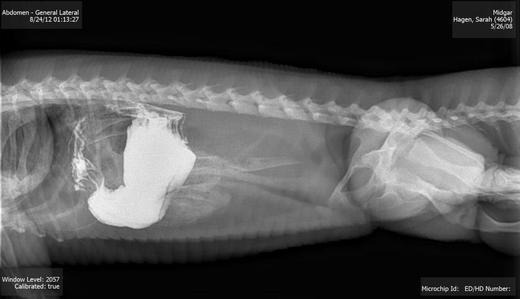