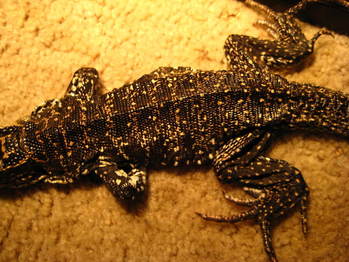 MBD can be caused by a variety of factors or a combination of factors, most of which are related to improper husbandry. MBD is ultimately a calcium deficiency. It can be thought of as the Tegu equivalent of rickets in humans. Some cases of MBD are caused by hormone imbalances brought on by other diseases. Most often, however, MBD is caused by one of the following factors: not enough calcium in the diet, lack of exposure to UVB light, and inadequate temperatures.

The term, METABOLIC BONE DISEASE is NOT actually a single disease but rather a term used to describe a collection of medical disorders that affect the integrity and function of bones. In an effort to maintain purity in medical description, the terms metabolic bone disease and MBD should NOT be used to describe diseases of reptiles unless accompanied by a qualifier such as "nutritional" or "renal."

To speak quite frankly, i'm tired of seeing this this term being thrown around like it's one big giant disease. There are a COLLECTION of different kinds of metabolic bone diseases. Four of the most common I describe below.

Nutritional Secondary Hyperparathyroidism. (NSHP) (Most Common MBD)
Rubbery limbs and a thin flexible jaw are often the symptoms first shown in animals that have NSHP. This occurs as a result of dietary or husbandry mismanagement. The most common reasons this happens is due to prolonged lack of vitamin d3 or inadequate exposure to UV lights. The main focus on treatment for NSHP is to correct husbandry and nutritional problems, and provide exposure to natural sunlight. However, this often is not enough. In severe cases, treatment goals should include reversing bone loss and promoting new bone production. The overactive parathyroid gland must be reversed. Calcitonin lowers circulating calcium and phosphorus through negative feedback on the gland, thus ceasing the production of parahormone and promoting bone production.

Hypertrophic Osteopathy (HO)
Although not common, HO has been reported in lizards. It is charaterized by lameness, painful limbs, and reluctance to move. In mammals, once HO has been diagnosed HO is usually terminal. The cause is unknown, but theories include chronic lack of oxygen, toxins, and neurologic pathways involving the vagus nerve.

Osteopetrosis
Two forms of this disease exist. One is an autosomal recessive and the other is an autosomal dominant, both cause exvessive thickening of the bones. The bones become radiographically dense, eventually wiping out the entire marrow cavity. The cause is not known, but is believed to be an inabitlity to resorb bone in a normal fashion. Because the narrow cavity is destroyed, patients become anemic. Never sensation in the skull becomes diminished, which leads to blindness and hearing impairments. The bones become brittle and fracture easily.


So, as mentioned, the term MBD is not just a single entity but rather a complex assortment of the pathology that affects the integrity and function of the bones.

Calcium is a very important nutrient. In addition to other things, calcium is used to build bones, and it plays an important role in nerve functioning. In a healthy animal, calcium is in balance in the body. It interacts with other nutrients, such as vitamin D3 and phosphorus, and is regulated by various hormones. Too much or too little of the calcium, the other nutrients it interacts with or the hormones that regulate it will cause the delicate calcium balance in the body to be thrown off-kilter. One of the causes of MBD in tegus is a lack of calcium in the diet. As explained in our Foods and Feeding section, tegus should be given a diet that contains twice as much calcium as it does phosphorus. If the diet lacks calcium, the body will attempt to get it from some other source, and that means pulling it from the bones. MBD will result.

UVB light also plays a very large role in MBD prevention. Upon exposure to UVB, antegus skin will manufacture vitamin D3. This vitamin plays an important part in regulating how the body absorbs and uses calcium. Without exposure to UVB light, either through artificial UV bulbs or, better yet, unfiltered sunlight, tegus cannot manufacture vitamin D3. Without vitamin D3, their bodies cannot properly absorb and use calcium from the diet. Since there is little evidence at this time that tegus can efficiently use vitamin D3 received from their food, the best way to provide your pet with it is by making sure it gets adequate exposure to UVB. This, along with providing a calcium-rich diet, is one of the most important preventative measures you can take to avoid MBD in your tegu.

Lastly, making sure you keep your tegu at the right temperature is another way to avoid MBD. Since they are cold-blooded reptiles, tegus rely on their surroundings to provide them with the heat necessary to properly digest their food. Tegus that are kept too cool will be unable to digest their food well, and will not adequately absorb the nutrients, including the calcium, available. This can also contribute to MBD. 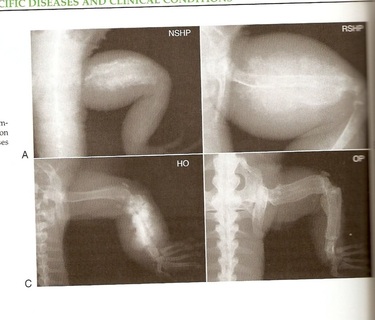